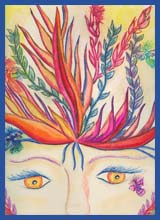 I AM your guide, Mytria. Thank you for participating in the Integration Chamber. I bow to you and to your courage. By integrating the Violet Light into your consciousness you have begun your transformation into Lightbody. Remember that your Lightbody is not visible to your third dimensional perceptions as it serves from within your earth vessel and resonates in your aura.

At the time of your planetary ascension, you will all release your clay shell to reveal your true, Multidimensional Lightbody. Most of you are members of the Planetary Ascension Team and have volunteered to waylay your personal ascension so that you may combine your energies in partnership with Gaia. Through this partnership of person and planet, you shall manifest the long awaited Golden Age.

Before I introduce Gaia as your next Guide, I wish to remind any newcomers that I am here to assist you with your process in the Violet Temple of Alycone, which is the Great Central Sun for this Galaxy and one of the Seven Sisters of the Pleiades. Did you know, dear Earth Ones, that your planet is our Eighth Pleiadian Sister? Long ago, Gaia was our seventh sister.

Seven is the number of creativity, while eight is the number of eternity. Therefore, we chose our strongest sister, Gaia, to travel far away on her own to become the planet of polarity and choice. “Polarity and choice” means that Gaia was to be the planet where free will was to rein full force. She was to take the energy of creativity and expand it by allowing emotion to be Her force of creation, as well as Her force of destruction. This is why much of Gaia’s planet is enveloped with water, the element which rules emotion.

Back when the Collective Consciousness of this Galaxy was first creating the 3D Matrix for our Galaxy, the members of this Galactic Consciousness were sixth dimensional and beyond. Thus, our world was very pliable. Remember, the sixth dimension is the plane in which the lower dimensional holograms are created. This entire galaxy is indeed a hologram, including Gaia’s Earth and your humanoid earth vessel. When we first created the 3D Matrix for this galaxy, we could move the “players” around the game board with no difficulty, as the matrix had not yet been activated into a holographic, 3D form. It was at that time that the Collective Consciousness of this galaxy decided that Gaia would be the Pleiadian “sister” planet that moved away from home to find her personal “self.”

Bear with me as I continue with our part of the story, as it is one which is not bound by time or space. When the Collective Consciousness, which was destined to be “The Pleiadians,” first came from Lyra, we lived on Gaia for many generations. However, we found the extreme polarity and emotion of your planet too challenging for our newly evolving souls. We had just left our Constellation of Origin, Lyra, and were still immature Beings. We made many mistakes on your planet, and in fact brought it to the edge of destruction. It was then that most of us left your planet and went in search of a new home.

The constellation of the Pleiades resonated more to our group mind. This is a much gentler world without the intensity of emotion and polarity that Gaia has bravely chosen to incarnate. It was after we left Gaia and moved our society to the Pleiades that we were able to ascend our civilization into the fifth dimension. Because of the more harmonious vibration of this constellation, we were able to ascend long before Gaia. However, we know that upon her ascension Gaia’s power will far exceed ours.

It is largely because of our early experiences with Gaia’s Earth that we have returned at this time to assist you with your ascension. Therefore, once we had set up our home base in the Pleiades and raised our group consciousness to the fifth dimension, and beyond, we began to send emissaries to Earth to see if we could be of assistance. 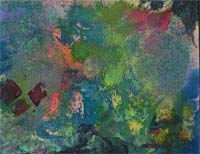 Allow me to now go back in “time” to explain more fully how Gaia is our eighth sister. Before the creation of our third dimensional galaxy, Gaia was our higher dimensional eighth Pleiadian sister. However, she was always different from us. Gaia was the most courageous and daring member of our “family.”

The gentle energy of the Pleiadian Essence was almost boring for our vivacious sister, and we wondered how to help our adventurous eighth sister. When Gaia learned of a new Solar System on the outer border of our new galaxy that was giving birth to planets, she desired to inhabit a celestial body in that.

Because Gaia as so restless, she wanted to try a different Solar System. We wanted her to be happy, so we allowed her to move far away to the edge of our soon-to-be galaxy. She was the brave one, the explorer, the one who would hold the cornerstone for the ascension of our entire galaxy. She would be the first and the last. Meaning, as the first one to leave the unity of her true Family/SELF, she would be the last one to re-join it. You see, in the higher dimensions there is no time or space. Therefore, the Essence of a planet traveling through “space” is not an anomaly, as there is not “space” in a manner which your 3D mind can imagine. There is only Here and Now.

I realize that talking about a planet’s personality may be a new concept to you. However, planets are just very large “people.” Just as you have many aspects of your personality, so do planets. You have hands and feet; the planet has rivers and valleys. As you remember your greater powers, you will create “rivers of light” by using your hands to integrate the higher vibrational energies into your mundane world. Your feet, like Gaia’s valleys, serve as the grounding points for your Multidimensional SELF in your physical body.

Just as Gaia holds a very daring Essence, so do you. Because of this, you have found yourselves on Earth just prior to the Planetary Ascension. Gaia was always the “wild outpost” of the galaxy, which fitted her personality perfectly. Just as the gentle energy of the Pleiadian System drew us, the Pleiadians, so did the exciting and challenging Essence of Gaia’s Earth draw you. Those of you who have received and accepted this message have had many incarnations on Earth. Many of these incarnations were “rehearsals” to find and practice the contribution to Planetary Ascension which best fits your Essence.

While you basked in the Violet Flame, you reconnected with your true Essence. However, until you have re-wired your current earth vessel to use this sixth dimensional consciousness, it will be difficult to fulfill your important role in Gaia’s Planetary Ascension. Most of you have higher dimensional soul fragments of your SELF on other Star Systems such as here in the Pleiades, Sirius, Arcturus, Andromeda, Antares, and even Orion.

You, the courageous and diverse peoples of Earth, have enjoyed lives on many different planets, galaxies and dimensions. At the same time, life-forms from many different planets, galaxies and dimensions have incarnated on or visited Earth. Now the power of your great diversity can be harnessed by ALL of you joining into the Oness of “becoming a planet.” However, first you must become your SELF!

Gaia will assist you in recalibrating your physical body so that it can download, integrate and use the Higher Light your consciousness has accepted and integrated while in our Violet Temple. I will now turn you over to Gaia. It is fitting that Gaia shall be your guide now, as you are becoming her “partner in ascension.”

Blessings to you All, Mytria 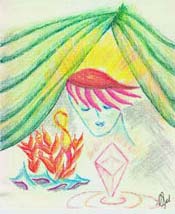 Continue to: Greetings From Gaia