Downloading Your Multidimensional Self 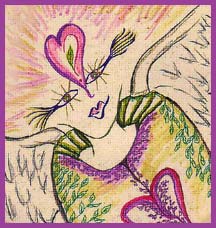 I AM IlliaEm, Elohim of Arcturus, here to congratulate you on your successful return from the Violet Fire. If you have recently joined our group, you may wish to review our process that began in The Illumination Door.

At this “time” in your earth life, you are about to “come out” into the world as your true SELF. For that reason, you came to the Violet Temple on The Great Central Sun of Alycone, the Pleiades. It is here that you basked in the Violet Flame of Transmutation to release any thoughts, emotions and/or core beliefs that could interfere with the fulfillment of your Greater Purpose. While you were in the Violet Flame, (in the Illumination Door) you also merged with your sixth dimensional Essence in order to re-write the hologram for your personal, as well as planetary, ascension.

However, now you are faced with yet another challenge. This initiation may be the most difficult of all, for you must integrate this Higher Light of your SELF, first into your third and fourth dimensional consciousness and then into your physical body. Finally, we hope that you will participate in grounding and integrating your fifth and sixth dimensional SELF into Gaia’s planetary body. We ask this because you are among the volunteers of the Planetary Ascension Team, and among the most courageous of all Earth humans.

It is a great honor to take part in this event, one which you have prepared for in many incarnations. However, your lives of preparation do not diminish the courage it will take for you to push aside the Collective Consciousness of your physical reality and be your SELF in a world where you have been trained to “hide your LIGHT.” However, before you can show your true Light, you must download and integrate it into your consciousness and then into your physical form.

Being a vanguard, in your society, means that you will likely suffer much judgment. You have taken this challenge even though you feel the fear rising up within you. It is fine for you to feel fear; it is part of the human condition. However, do not allow your fear to stop you, which I am sure you will NOT! You have continued your process, one step at a time, and are now prepared for the next level.

Since you are in a timeframe where your society is still largely ruled by the darkness and fear, ignorance is bliss to many of your citizens. However, do not fear, as your ascension is assured. You ARE raising your vibration of others, as well as the vibration of others. Those who are the leaders often feel alone, for they are at the head of the pack. You are among the Wayshowers, the Scouts who go ahead to find the best Way. Also, Remember, my One, the first shall be the last. The Captain is always the last one to leave the sinking ship.

You have “gone down with the ship” before, in Atlantis, when the planet could not be ascended. You, and the rest of the Ground Crew, but will not have to do so now, as you have returned to assist Gaia in Her ascension. Times may seem very bleak, but that is how it always is at the initiation of the ascension process. First the darkness must be faced before your own inner light can be amplified.

DOWNLOADING YOUR MULTIDIMENSIONAL SELF 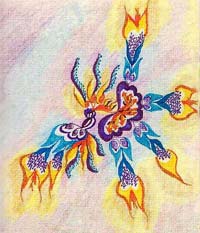 I, IlliaEm, wish now to tell you about the downloading process so that you can clearly understand it before you begin. There are several stages to downloading:

The first higher dimensional fragment of your SELF that you download is usually your Future Self. Your Future Self is the “you” that you will be—and in the future have already become—as your planet ascends. In order to understand the concept of your Future SELF, you must think fifth dimensionally so that your mind is not limited by the illusion of time. All of the Ground Crew’s Future Selves are waiting in the aura of their past self to patiently nudge their lower self into awareness of their future.

With each download, there are usually physical symptoms because your physical body is altering its structure, even down into the level of DNA. Often you will feel VERY fatigued and need to rest frequently. You are like a snake that has outgrown its old skin and must shed it. While the old limitations of that “skin” are being released, your body will usually have some difficulty adapting to its new Self. This difficulty will usually be defined by the unaware recipient as “illness” or “injury.” I say “unaware recipient” as often you will be unaware of this process, and in fact, many may prefer that.

This transformation is happening to many more people now than anyone knows. Hence, there are so many “new” illnesses. On the other hand, if you can be aware of your transformation, you can assist your earth vessel with its process. Many teachers, leaders and healers are conscious of their awakening and are choosing to share their process with others to act as guides and role models.

5. In the Fifth Step, you will recognize, communicate with, download, and integrate other higher dimensional aspects of your SELF. It is only after several fifth dimensional SELVES are integrated that you can begin to download group minds, such as the Arcturian Group Mind and Elohim and Archangels such as I—IlliaEm.

While downloading these many higher dimensional Beings, who are actually fragments of your total Multidimensional SELF, it is vital that you are so totally grounded that you actually merge with Gaia. This merging of Planet and Person not only allows you to download even higher dimensional light, but it also serves to further raise the vibration of Earth. You, the members of the Ground Crew, are the step-down-transformers who actually use your physical earth vessels to take in, and share the higher frequencies with Gaia.

The most important component of the process is to stay in the resonance of LOVE and release all doubt. You are returning to the multidimensional Being that you have always been. You do not need to learn, struggle, or try. You only need to surrender to your process and REMEMBER WHO YOU TRULY ARE.

As each member of the Ground Crew wakes up to their SELF and allows more and more fragments of that SELF to integrate into their third/fourth dimensional body, they will raise their vibratory rate, as well as the vibratory rate of Lady Gaia. In this manner, bit-by-bit, the entire planet, and all Her inhabitants, shall ascend.

I now leave you to the loving guidance of Mytria who will guide you to the Integration Chamber so that you may prepare your physical form for the downloading of your multidimensional SELF. Again, I wish to commend you for your great courage and service. Please call upon me whenever you feel the need. I am ALWAYS available to answer your call.

I refer you now to Mytria, Keeper of the Flame, in the Violet Temple of Alycone.

Continue to: Part I – Entering The Integration Chamber