LOCATION: The first chakra is located at the base of the spine.
PETALS: This chakra rules the lowest vibration of our body and has the slowest wavelength. There are four spokes, or petals. Four is the number of the square and foundations. The square is related to being honest, or giving a “square deal, the four energies of earth–earth, air, fire, and water, and the four directions. Four walls, four legs, or four wheels represent a strong foundation.

NOTE & MANTRA: The note for this chakra is C and the mantra is “lam” or “e” as in red. Chanting these mantras in the key of D while focusing our attention on this area of our body can enable us to more consciously access the first chakra.

COLOR: The color for this chakra is red, which is the lowest frequency of human’s visible light spectrum. Red is the color of anger and/or vitality.

RULES: The first chakra rules our PHYSICAL energies. Also known as the root chakra, it governs our vigor, heredity, survival, security, passion, money, job, and home. This chakra aids us in our everyday survival.

SENSE: The sense of smell is related to this chakra. Our sense of smell is our most primitive sense, and is the first sense that awakens upon our physical birth. The receptors for smell are located at the base of our brain and feeds directly into our limbic system, which is the area of memory and emotion. Therefore, aromas can immediately access emotional memories stored in our unconscious.

ASTROLOGICAL SIGN: The astrological sign associated with the root chakra is Taurus. The symbol for Taurus is the bull. Like our root chakra, the bull is a symbol of masculine power and fertility. The bull roots in the earth with his front hooves and lowers his nostrils toward the ground to warn any who would threaten his “herd”. There are many cows in the herd, but only the strongest bull will be able to preserve the genetic integrity of the group.

ELEMENT: Earth is the element associated with the first chakra and the mineral kingdom is the top of that hierarchy. Crystals have been prized by humankind for eons and have also been used in esoteric healing. Since it rules our first dimensional self that is unable to reflect upon itself, perceptions from our root chakra are usually unconscious. This first dimensional portion of us can only be aware of a “hive or species consciousness”. 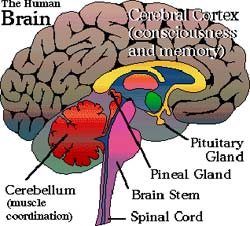 CONSCIOUSNESS: The first chakra rules our survival consciousness and represents our deepest unconscious and most primitive self. This chakra represents the reptilian portion of our brain, which is our brainstem, our center for life support. The brainstem and the area immediately above it are called the reptilian brain because it is possessed by all creatures from reptiles to humans. For reptiles, this area is their entire brain, but for humans it is the base, or stem, of their brain. In fact, part of this area is known as the brainstem.

PERSONAL TIMELINE: The first chakra represents birth to two years of age. This is the time before we have completed our process of individuation and still perceive ourselves as a part of our parents. This chakra represents our struggle to come to terms with our physical life and physical body. Our Multidimensional Spirits are new to the limitations and separation of our new 3D reality, and we struggling to learn how to control our physical earth vessel. Fortunately, we naturally travel into the higher dimensions at this age and can return Home whenever we are desperately in need of comfort and understanding.

SOCIAL TIMELINE: Anthropologically, the first chakra represents the time when humankind was cave dwellers. At that time in our “civilization”, we lived from day to day. To assist in our struggle for survival, we worshiped animals and other aspects of our physical environment.

Each gland is internally related to the other glands and also works closely with the nervous and circulatory system. In order for the organs of the body to work efficiently, the blood must contain certain chemicals. Many of these chemicals are secreted by the endocrine glands, and this secretion is vital for the health of the entire system. Our bodies can become diseased if there are too many or too few hormones.

The endocrine gland for the first chakra is the adrenal glands. There are actually two adrenal glands located with one on top of each of the two kidneys. The adrenal glands are the body’s call to battle. When adrenaline is released into the system our perceptions become clearer, we have added vigor and feel more courageous.

CLEAR: When the first chakra is clear we feel secure, grounded, and stable. We can use good “common sense” to balance our finances as well as our everyday responsibilities and still initiate new activities and interest. Our eliminatory system functions well, neural activity in our legs and feet is healthy, and our ability to initiate sexual encounters is comfortable and natural. Our root chakra is the home of the Sleeping Serpent, our Kundalini. When this chakra is clear and balanced the Goddess Kundalini Shakti can awaken and begin her gradual rise towards reunion with Lord Shiva.

UNCLEAR: When the first chakra is unclear we feel insecure and fearful. We can also become absent-minded because we are ungrounded. We may also have a difficult time with our finances and day to day necessities. Whatever security we derive from material things can become threatened. There can also be problems with our home, which is our base of operations in physical life. We can become self-indulgent and self-centered and suffer from depression and grief. We may suffer from hemorrhoids, constipation, sciatica, or prostate problems.

All of the above emotional, behavioral, and physical health issues have to do with the ability to let go. We cannot let go of our sadness, let go of material sources of comfort when finances require, or even let go of the waste material of our bodies. If we cannot release what is holding us back, we cannot move forward. Difficulties with our sciatic nerve and problems with our legs and feet display this dynamic. Prostate problems can arise from frustrated sexual or creative drives.

DIMENSIONS: The first chakra rules our first and second dimensional selves. Our first dimensional self represents the genetic coding, cells, and minerals of our bodies. It also represents our most primitive “animal self”, which is represented by the fight/flight response that serves to assure the survival of the species. The root chakra also rules the male sex glands and the testosterone that they secrete. This testosterone drives the males in our society, and the male polarity of our psyche, to perpetuate and protect humanity.

Our Western society has traveled so far into our third dimensional individuality that we have lost sight of the fact that we are members of a greater whole. We have forgotten that we are members of a planet that we must all share. This forgetfulness has allowed us to overlook the fact that our individual destinies are intrinsically tied to the destiny of Mother Earth who houses and feeds our physical self.

Our physical bodies and the body of Earth send messages to us via the first and second dimension. If there are disruptions and diseases on a genetic and cellular level, if the elements of earth that are around and within our bodies are disrupted, if plants and animals are becoming extinct on a daily rate, there is a message that is being sent. We can say that we have heard these messages, but if our behavior has not been altered, then we have not LISTENED.

We can deny or ignore our bodies and the body of Earth upon which we live, but it is difficult to deny or ignore our behavior. Our actions interact with our environment and with others to create a mirror that forces us to look at ourselves. We can hold on to a victim mentality, which allows us to stay in denial and lie to ourselves, but our actions do not lie. In today’s world, a lot of our needs for survival are “getting what we want”. We must learn to recognize that our actions dictate to us what we truly want, for that is what we find time to “do”. Only when we can recognize the messages from our unconscious as they are displayed in our behavior, can we take full responsibility for our actions.

However, how much time do we have to learn to listen to the needs of our planet and Her future generations? Has our individuality, which we so dearly prize in the West, cost us our ability to see the bigger picture? When our first chakra is closed, it is difficult for prana to infuse our physical body. We are then out of touch with our own power to listen to and respond to the needs of our body and the home of our body, Earth.

Our actions then become reactions, and our ability to take responsibility for our personal power is diluted into a dismal struggle for survival. However, when the first chakra is awakened, spirit lives in matter and all of our behavior is directed by spirit, the spirit within our physical bodies and the spirit within our Earth.

This echo reverberates between the two dimensions creating a perpetual motion machine that creates the same patterns of reality over and over. If the pattern is filled with love, it assists us in accepting our Soul into our physical form. However, if the pattern is filled with fear, it holds us in negative cycles that we repeat over and over. In order to stop these cycles, the fear must be healed with love.

The Lower Astral Plane is the lowest vibration of the fourth dimension, which holds the invisible emanations of all the fear, and negativity that is projected into it from the physical plane. The lower astral plane has been known as Hell, but it is a Hell of our own creation for it is merely the completion of actions that were initiated on the physical plane.

The Lower Astral Plane is where all the fear, anger, sorrows, and pain that we created and/or did not heal in our physical life awaits us to be cleared on the next dimension. The lower astral plan is like the cosmic dump. All the fear that people have when they “die” to their third dimensional world settles in the lowest vibration of the fourth dimension. This fear then influences the third dimension.

For us to bring our Soul down into our physical body so that it can transform our earth vessel into a Lightbody, we must face the darkness that we have left in the Lower Astral Plane and clear it with our LOVE. When we have done that, we create a tunnel of light through the density of this Plane, which allows us greater access to our Higher Selves. Clearing our Lower Astral Body also assists us to release our greatest enemy—SHAME.