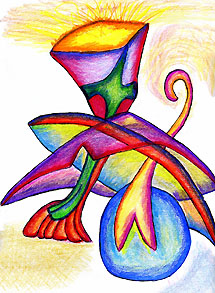 Our process of Spiritual Awakening continues forever, as Spirit is infinite. Hence, we are infinite.

I wish to remind each reader that ALL of us have these connections. I am no different than anyone else. It is just that I have awakened enough to allow myself to remember, and connect with, these higher dimensional expressions of my Multidimensional SELF.

The leaky boat of my finances was sinking. I had to throw everything overboard that was not vital. I guess I could have gotten a “job,” but that idea seemed as though I did not trust my Soul. I could only do what my heart loved doing, but first I had to release my shame—lots and lots of shame. Why was I ashamed? I was ashamed because of my old indoctrination that I was not “good enough” or “successful” unless I made lots of money. In other words, a financial portfolio is the true measure of a person’s worth. Even worse, being in debt was an extremely shameful thing.

My body was responding to the shame and signaled the beginning of my initiation. I became very ill with a lung infection during Christmas 1997. I was so ashamed because I could not buy nice presents. I had to learn that “I” was enough of a present, and that I, my being, my love, was a great gift. This flew in the face of every core belief I had been programmed with as a child. Unfortunately, I did not learn this lesson that Christmas and did not gift myself. In fact, I think I was pretty miserable to be around.

As a child, I received copious Christmas presents. Every year I felt ashamed because I was getting presents when it was Jesus’s birthday. I would start the unwrapping vowing to think of Jesus and send Him love with the opening of each present. However, I never was successful. Somewhere in the flurry of excitement of physical “stuff” I would forget my vow and forget completely about Jesus. From this early experience, my desire for physical wealth became shameful to me. This belief that I could love God OR love physical wealth actually started with my first incarnation and was repeated in life after life. In these many lives I was the ruthless conqueror driven by greed, or the conquered victim driven by fear and shame.

It took me the entire year of 1998 to release all this shame. The shame that had begun with guilt about poor finances, expanded into ALL the shame I had ever felt in ALL my lives. Many of these lives were as a woman. My lessons had been around the enslavement of my love, my sense of unworthiness, and shame for what had been done to me and for what I had done to myself.

Many of us who have taken on female bodies in this life have volunteered to assist in releasing the shame that the feminine energy has accumulated from the eons of male domination and female subjugation. In order for Gaia to ascend into the fifth dimension, the Goddess must be free to express Her full power. Then the polarities of masculine and feminine can be balanced and merge into the Oness of the fifth dimension.

Also, a vital component of unconditional love is unconditional acceptance and unconditional forgiveness. Again, in order to give away these unconditional, fifth dimensional virtues, we must give them to ourselves first. That is what took a year. How could I love, accept, and forgive myself—UNCONDITIONALLY?

By late 1998 I was feeling better, emotionally and physically. It was then that I began to receive communications from ACEA (All Consciousness of Earth’s Ascension). I also had a powerful present and lesson from Kepier, my future SELF. For my birthday on December 27, 1998, she gave me the gift that would allow me to finally release my secret belief that I could not be spiritual while having financial abundance.

Here is a part of that letter:

Happy birthday to me, this day marks the close of one of the more difficult years of my life. I wish to take some time now to reflect upon what lessons I have learned so that I will not have to learn them again, at least not in the same painful manner. I will ask Kepier for assistance…

Dear Kepier, Please assist me in understanding the lessons that I have learned this year and instruct me about fifth dimensional manifestation.

Dear One,
I am pleased to assist you in both of your requests. First, allow me to add one new lesson that you have learned this year, the lesson of humility. Humility is a very important quality for a Lightworker. You, as well as the many others who wish to ground the fifth dimension into the body of Gaia, are healing your third and fourth dimensional fears with your fifth dimensional, unconditional love. It is in this manner that you shall create the reality that you so desire. Remember,

THE STRONGEST CREATIVE FORCE OF ALL CREATION IS UNCONDITIONAL LOVE

If you wish to create something, you must love it into your life. You have wished for more money, but you have continued to hate it, or be angry at and afraid of it. That is not love.

For your birthday—our birthday—for I now reside inside of you, I give you the gift of “LOVE OF MONEY.” Yes, money. Not financial freedom or reward—but MONEY. Money is a word that you have tainted with your shame. Now love that word and love money.

In response to your next question, the key to fifth dimensional manifestation is WHAT YOU BELIEVE IN YOUR MIND—YOU LIVE IN YOUR LIFE. If you can believe in your mind that you cannot have both money and spirituality, then that belief becomes a reality.

On the other hand, if you believe that money does NOT limit your spirituality, than you can have both money and an awakened, spiritual life in the same moment. Remember, you are creating your own reality. An old belief that was created many lives ago, and reactivated in this childhood, can be released simply by ceasing to believe in it.

Within in a few months, my business had more than doubled, and I had plenty of money to live comfortably. I had cleared my third and fourth dimensional lives of shame and was able to keep my mind centered on loving money. Whereas before I would say, “I am so afraid that I can’t get enough money.” I now would say, “When I get my money I will spend it on…” The money did come, and the shame was cleared. While my High Heart was opening I had surrendered my first, second and third chakra to the Goddess because I knew that I had to be completely grounded to bring down my Power. My root chakra encouraged me to come out of hiding and to BE, openly and honestly, who I AM. My first step towards that was my website www.multidimensions.com and the publication of my books, one of which, Thirty Veils of Illusion, was written over fifteen years ago.